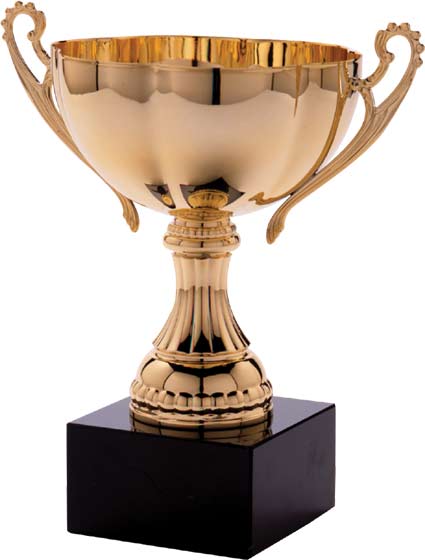 Well, the year’s almost over. Tomorrow night, I’ll be ringing in the new year at a fundraiser event for KAM, but today, I’m thinking back on 2011 and kicking off the first (and possibly last) annual What the Geek Game of the Year Awards.

To be completely clear, there’s no real scientific method behind my choices here. These picks come from the heart, not from the head. These are the games that brought me joy, engaged me, or touched me in some other way this year.

So without further ado, let the awards begin!

This award goes out to the game that managed to create a certain set of expectations during the months leading up to its release and then failed to meet those expectations.

Do you remember that trailer? I sure as hell do. I had heard a few things about Dead Island over the years leading up to its release, but all of the plot details I had heard were sketchy at best. This trailer left me with the impression that Dead Island would offer a serious and somber story about a zombie infection on an island resort. As it turns out, there’s very little that’s serious or somber about Dead Island. That’s not to say that it’s a bad game, just that it didn’t meet the expectation Deep Silver and Techland created with that trailer.

This award goes to the game that managed to exceed the expectations I had for it.

It can win Biggest Disappointment and Biggest Surprise – who said it couldn’t? No one, that’s who. These are my awards and I’ll hand them out as I see fit. If you don’t like it, start your own GotY awards.

Dead Island was developed by Techland, the folks who brought you the Call of Juarez franchise. That franchise, and Techland as a whole don’t have a reputation for excellence, but despite a few bugs, Dead Island managed to keep my attention for a good long time. In fact, I plan to spend even more time with it in the new year.. Even when the game does glitch, it never does so in a game-breaking way. More often than not, the glitches are entertaining rather than frustrating, and the total package (bugs and all) is extremely enjoyable.

How can a bug be enjoyable? Let me give you an example. At one point while walking down the beach, I kicked a beach ball, and died immediately. There were no zombies nearby, so I can only assume the beach ball killed me somehow. Dead Island doesn’t penalize you terribly hard for dying, so instead of being an irritant, this glitch put me on a quest to kick every beach ball I came across to see if I could recreate the murderous beach ball glitch. I never did recreate it, but I’ll never ever forget it.

Glitches aside, Dead Island provides a robust and enjoyable gameplay experience that surpassed all my expectations (aside from those expectations that dealt directly with the story). That excellent gameplay earns Dead Island the Biggest Surprise award.

This award goes to the game that provides the best total audio and video experience. That doesn’t mean the game with the most realistic graphics, or the game that melted the most video cards (though those games were included in my deliberation on this one) it means the game that used both sound design and visual presentation to create an attractive and engaging experience. 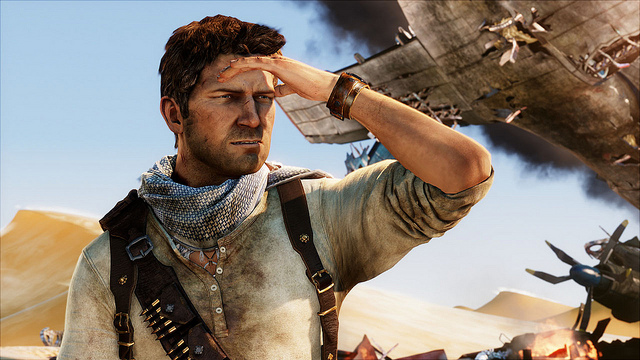 Naughty Dog paid a tremendous amount of attention to how everything looks and sounds in Uncharted 3, and all of that effort really paid off. Nolan North delivers a great performance as Nathan Drake (both in terms of voice and motion capture) but that’s not where the presentation begins and ends. The detail put into the environments as well as the great sound effects, and effective use of surround sound all add up to an amazing video game.

As the name implies, this award goes out to the best game that doesn’t come in a box. This may have been the toughest decision of all of these awards – there were A LOT of great downloadable games this year. Indie developers have been releasing some really excellent games on Steam, and all the major publishers have been launching smaller, more experimental games on XBLA and PSN. But there can only be one winner. 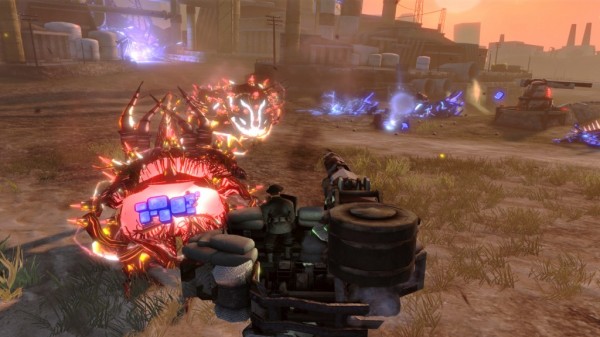 You may remember this game by its original name Trenched, but thanks to some legal shenanigans, Double Fine had to change the name to Iron Brigade. Even under a different name this game still offers up some great gameplay. Iron Brigade does a great job of combining tower defense and third person action to create a unique and enjoyable game. Play it alone, play it with friends…. just play it.

A lot of folks do top ten lists, and that’s fine, but I had some trouble with that. I just couldn’t settle on which game deserved which slot for numbers six through ten, so I just cut that part of the list all together.

As with the other awards, these are all picked based solely on their impact on me. 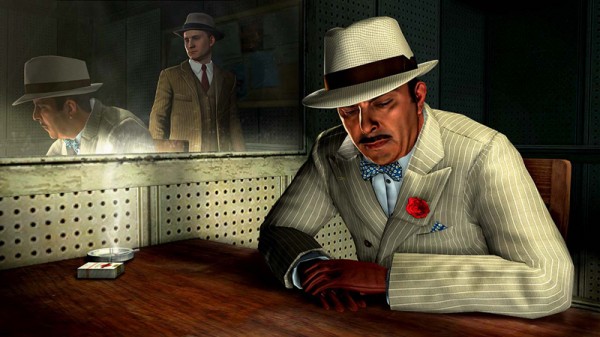 I’ve always been a big fan of just about everything Rockstar puts out, but Team Bondi really managed to impress me with L.A. Noire. This game combines the great gun play and action of a GTA game with the thoughtful nature of a point and click adventure game to form something truly unique. Team Bondi may have fallen apart after L.A Noire shipped, but I really hope this franchise isn’t dead – I want more games like this! 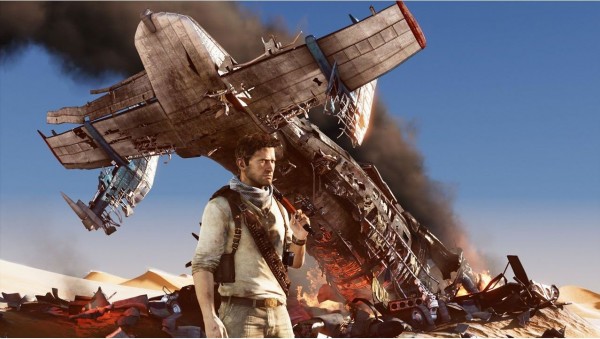 You already know how I feel about the presentation in Uncharted 3, but there’s a lot more to it than just good looks and great sound. In both the single player campaign, and the multiplayer Uncharted 3 offers exceptional gameplay. My girlfriend has a fear of heights, and she can’t watch me play this game (let alone play it herself) because it stirs up that fear each time Drake finds himself dangling from a high ledge. Any game that can evoke that kind of emotion in a spectator deserves high praise.

Back in 2009 Batman Arkham Asylum surprised the hell out of me by being a great game. This year, Arkham City surprised me by being even better. With an open environment, more super villains, and more Bat-gadgets, Arkham City did an amazing job of putting the player int he shoes of The Dark Knight. 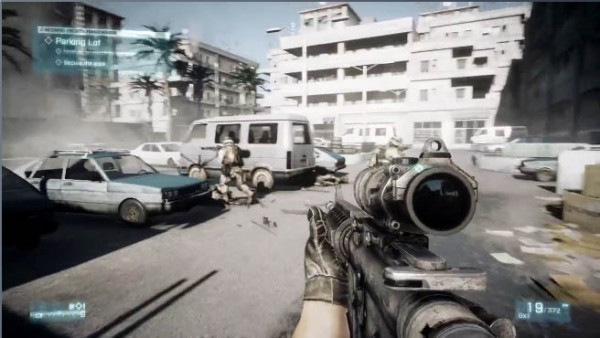 I’m a sucker for a shooter with a good multiplayer component, and Battlefield 3 really delivers on that front. When you throw helicopters, tanks, jets, destructible environments, and 64 players into a large map, the end result is chaos of the best kind. Each match feels epic in its own special way, and I’ll never get tired of watching jets fall from the sky in a fiery blaze of glory. 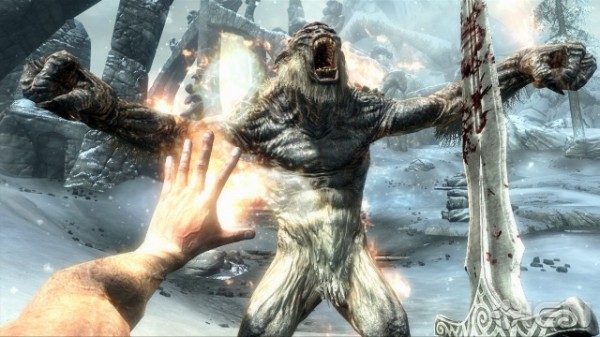 I’ve spent 90 hours playing Skyrim so far, and I see no reason to stop there. This game is huge, and full of interesting things to do. You can become a powerful wizard, a wanted thief, a murdered, or you can even play as a pacifist. This game puts very few limitations on what you can do, and it offers up a lot of great quests, and plenty of areas to explore. It’s big, it’s fun, and it will keep you coming back for more… and more… and more and then maybe even a little more after that.

Two games deserve honorable mention despite not making the list.

I have a feeling that, had I spent more time with it this year, Saint’s Row The Third might have made my top five. This game offers some of the craziest, most over-the-top gameplay ever found in a video game. Ever. If you ever played a GTA game and had a good time with it, go get this game right now.

I’m not entirely sure I’d call Trackmania 2 a GOOD game, but it’s definitely a game I spent a lot of time with this year. Sure, there’s a single player mode, but the wealth of user created tracks makes this game worth coming back to again and again. Each time I fire it up and hop on a new server, I see a track I never saw before. Sometimes those tracks are a lot of fun, and sometimes they’re just terribly bad, but the experience is always unique when compared to all other racing games.